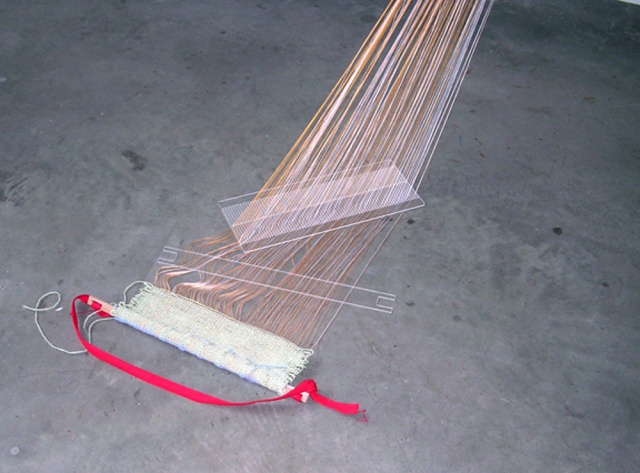 SEEDS OF CHANGE
< previous next >

While I was working towards my MFA at the California College of the Arts, I used some of the materials and time granted me to produce wool blankets for people who were cold. My own knowledge of the future of these products--to be offered freely to all, with only the request they be used for warmth--made the weaving a pleasure. Over the course of a year I made 20 such blankets, distributing them in various ways, but always with the idea of gifting central to their dispersion. I would stack them as an installation to be taken from a gallery, or put them on the street and document the “action” as they dwindled. The art context of the gallery allowed me to perform this politically charged labor and present an alternative distribution structure in a space where it would be deeply considered. The context of the street allowed my blankets to operate not just as aesthetic and political agents, but also as objects within a real lived environment.