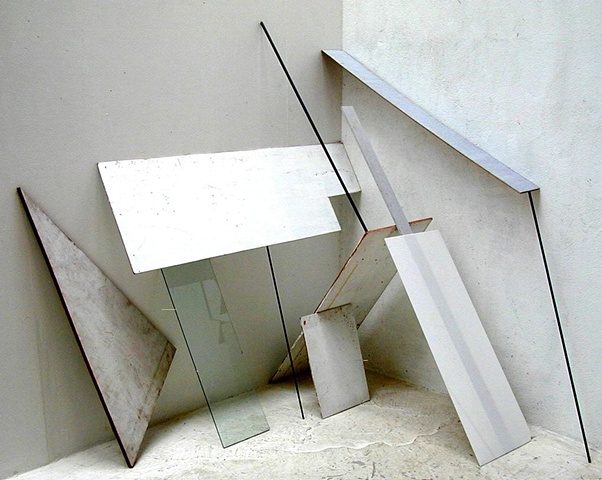 I never knew these installations would keep me busy for such a long time. I consider the work to be simple and unproblematic. There are no controversial elements. There is no hierarchy among the elements, which combine again and again into new constellations. The way I compose is like chamber music—nothing spectacular or grandiose. The forms, lines and colors may linger in the memory like sounds, rhythms and intervals, but my visions are not for concert halls. I am concerned with ambiance, a space where you can breathe freely and relax. The objects that I present move around, endlessly testing out new relationships. The elements don’t stay in the same position for long, just long enough for a few digital snapshots. The structures I build are influenced by the patterns of radio waves, x-rays, particle collision, birds, wind, heat, light, and the movements of ants, bees, dust particles, and sand. The work is left open for new and further interpretation. I consider these installations to be intermediary stages in a never-ending process.