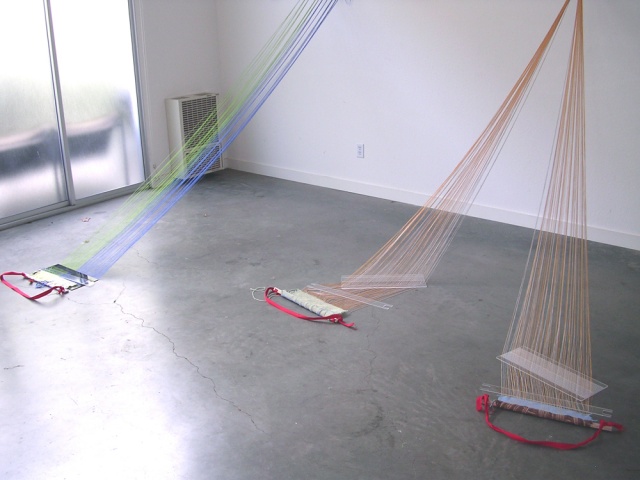 Harnessing the manufacture and distribution of goods has been a revolutionary strategy for some time, and has in many cases has involved that most humble of commodities: cloth. Control of production and use of this material which is profoundly necessary for social well-being and expression has been central in historical cases of colonial exploitation as well as resistance to it. Regaining local cotton weaving practices in India was central to Mahatma Gandhi’s non-violent movement, which eventually achieved Indian independence. In this modern case, as in the much-earlier American Revolution, it was hand weaving on an individual scale that symbolized national self-sufficiency and independence from imperialism. This can be our tactic of resistance as well.